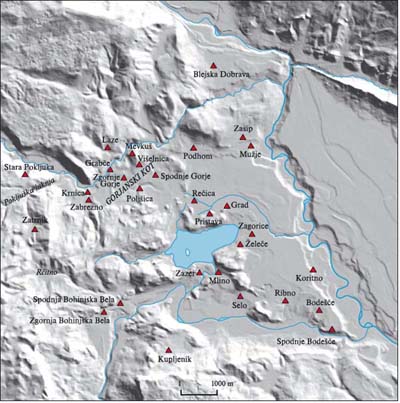 Villages in the Bled Area.

Is the inside-view into the life of people invisible to the written records possible, then? One cannot simple transfer oneself into the past and observe. However, one can immerse in the same landscape and seek for the residuals of the past in language, place names, folklore, ordering of the landscape and various material remains, or even in younger written records in the form of the so called wirkungsgeschichte (record of younger consequence of an earlier phenomenon). The least one achieves is the role of the passive observer. It is the aim of this book to go even further and to demonstrate that the "inside" perspective is not unattainable; it can be achieved by using a combination of various sources: written sources, archaeology, ethnology, philology and historic geography. The image of early medieval society in the Bled micro-region thus forming reveals the community with tightly economic and political ties. Weather or not it was referred to as Župa Bled is not confirmed by the written sources but it is at least likely.

Medieval authors refer to the Slavs as the people that are mostly speaking the same language and are following similar traditions and law. It would seem that the Slavs' society was based on a series of small territorial entities, known as župa. These had all a similar social structure, language, law, traditions and rituals – all of these were necessary in order for the Slavs to be perceived by the others – the medieval writers – as an entity. Using a mathematical metaphor the comparison with the fractals is perhaps in order. It explains the observed behaviour of the medieval Slavic society in which each individual župa behaves the same as larger territorial entity consisted of numerous župa's does. In this simile each župa is indeed a pars pro toto of the whole. To assume that by knowing Župa Bled we became familiar with the entire medieval Slavic society would be presumptuous solely on the grounds of environmental differences, not to dwell on numerous other variables. But it is not, we believe, stretching the truth to say that our knowledge of the whole has been significantly advanced. 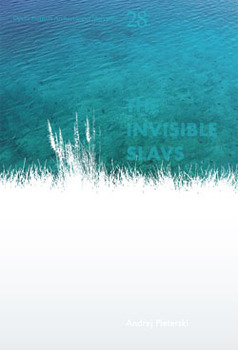