This monography entitled The Multistage Word Formation (Case Study of the Verbs of Sense Perception) presents the word-formation and content-formation capabilities of verbs that denote perception of the five senses: sight, hearing, smell, touch and taste. The standpoint is based on a multistage method that extends research of the binary relation between the motivating and the motivated word into research of the relation between a non-derivative word and all of its direct and indirect derivatives.

In chapter four of the monography, the material which serves as the basis for further word- and content-formation analysis is collected. It encompasses 38 word-formational groups with 1195 multistage derivatives. In addition to the five basic verbs: to see, to hear, to smell, to touch, to taste, there are also 164 other verbs, including verbs that do not denote sense perception in their 1st meaning, but rather in their 2nd , 3rd or consequent meanings. Verbs of sense perception are considered very basic verbs that demonstrate high productivity. As a result, the (multistage) word-formation breakdown illustrates a complex image of the word- and content-formation mechanism in Slovene language. The following Slovene dictionaries were used for the material basis in creating word-formational groups: Slovene Literary Language Dictionary (1970–1991, 2014), Slovene Orthography (2001), Dictionary of Recent Vocabulary of Slovene Language (2012), Slovene Language Vocabulary (1998); and two language corpuses: Gigafida and Nova beseda. The word-formational groups are firstly classified according to the word-formation classification of the word-formation base; furthermore derivatives with verb bases are then classified according to the meaning of the word-formation base: according to whether it is the initial meaning (primary, first) or a subsequent meaning, or according to whether the specific meaning is connotative or not.

Chapter six gives suggestions for the amelioration of lexical analyses in the Slovene Literary Language Dictionary, particularly from the perspective of the analysis of meanings, inconsistencies in lexical definitions and qualifications.

In the conclusion, some preliminary theses are confirmed, namely that the number of derivatives in the word-formational group and the depth of the word-formational sequence depend on the usage frequency of the word-formation base; verbs denoting sense perception in their second and consequent meanings are proven to be less productive in word formation; modifications in meaning inside the word-formational sequence of topic-related lexemes are systematic, which means that the subsequent derivatives are in majority also predictably content-formed; and the final confirmed thesis which presupposed that verbs whose meaning does not include a constriction, such as secretly/attentively/angrily (to look), in relation to those who include such a constriction in meaning, are more productive, which means that the broader meaning of sense perception is more productive in content- as well as word-formation. 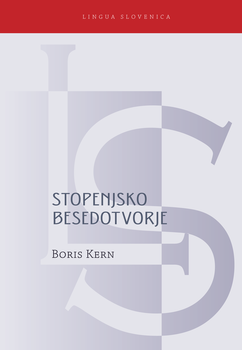