The monograph (‘The Slavic image of word : the forces of depiction in a Slavic language of the sixteenth century’) sets the groundwork for the elucidation of some historical development in the middle of the evolution of Slavic languages that also influenced the establishment of literary language both in Slovenia and Russia in the mid-sixteenth century (the beginning of Slavic literary and liturgy, the intertwining of Greek and Latin Christian linguistic patterns, connection to the East-West Schism in 1054).

The appearance of two writers and theologians, Primož Trubar and St. Maxim the Greek in the sixteenth century, during the time of the so-called Renaissance, entailed an accomplishment of the Slavic language. Being witnesses to theologically inadequate depictions (and conceptions) of the Son of God on earth, the said theologians also fought against all attempts to adjust the holy rules in favor of earthly laws, which was at that time considered opposition to the politics of official Church authorities across the European continent (within the territory of the present-day Slovenia the Catholic reign of terror; in Muscovite Russia the increasingly violent tendencies to establish an independent Russian Orthodox Church; the Holy See, etc.). They rejected human creations (either symbolic or emblematic) and only accepted the Biblical language, in which they discovered not literary forms or patterns of poetry but authentic word forms of interpersonal communication (dialogical forms) and especially of understanding between the believer and the Christian God in the Holy Trinity (poetic forms). By paying special attention to the dead/deceased, they established their own position towards the question of death. Theological depictions of time which corresponded to those in the Bible drew verbal expression closer to the iconographic motifs of early Christian fragmentary catacomb depictions. Under different circumstances and for different reasons, both Primož Trubar and Maximus the Greek consciously chose Slavic as the language of understanding and being understood and thus as the language of orthodox depiction of the Christian ideal of God-man in life. They used a Slavic verbal core to make the language worthy of serving God. For this reason, they related to the period between the ninth and twelfth centuries known as the Schism, as well as to the so-called Macedonian Renaissance: Maximus the Greek did so deliberately (by referring to the period from homeland history, i.e. Byzantine statehood); and Primož Trubar unintentionally but indirectly in his writing and printing of the Slovenian word (recorded for the first time in the period of the so-called Ottonian Renaissance). Thus, in their dealings with the Slavic language (efforts to achieve the integrity and adequateness of content and form), both revived the period of the construction of the so-called Slavic literacy (when the Slavic language entered among the three sacred languages). In this sense, they fought for the freedom of Christian faith: for an individual’s free choice to dedicate his or her life to God; for the unspoiled lore and beauty of God’s image.

However, there were significant differences in Maximus the Greek’s and Primož Trubar’s relationship towards sacredness: while the former tended to solve all his burning theological themes by acknowledging the sacredness of the Mother of God, the latter refused to do the same and instead expressed veneration for the ritual of the Lord’s Supper as uniquely corresponding to the sacred image.

With the use of concepts of the so-called liturgical reality in their respective personal languages, both Primož Trubar and Maximus the Greek built a parallel to heavenly eternity: liturgical continuity of time and place. Despite apparent controversies, their language, which in particular revives the early Christian atmosphere, reflects the striving for a synthesis of the canonical Christian lore (as well as mutual assistance between different Christian creeds).

In this way, both authors accomplished, each in his own personal – but Slavic – language, a Christian Renaissance. 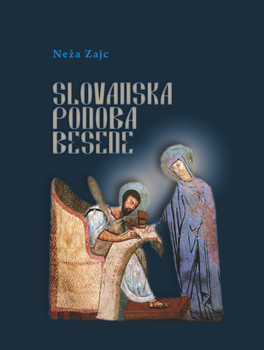