The book contains 23 articles from various disciplines, reflecting Ložar’s intellectual work in Slovenia and in emigration. Rajko Ložar – an ethnologist, archeologist, art historian, literary, art, and music critic, museum worker, and publicist – was engaged in scholarly and professional work in Slovenia until the end of the Second World War. He lived and worked in Austrian Carinthia until the end of 1951 as a professor, collector, and researcher of ethnographic material, and then emigrated to the United States, where he was the director of the City Museum of Manitowoc, WI from 1956 until his retirement in 1969. His death there in 1985 marked the end of a variegated life and career.

The articles join together the observations of scholars that have addressed Ložar and his work or were his successors, as well as those that knew him personally. Indirectly, through Ložar’s work, the articles discuss the history of the disciplines that he was connected with, and at the same time serve as narratives about the broader historical, social, and intellectual pulse of the time he worked in. The publication includes a bibliography of Ložar’s collected published and unpublished works. 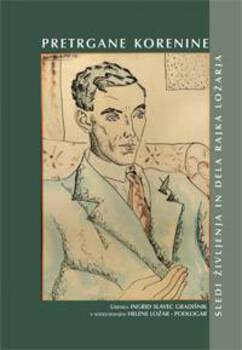