The monograph presents the settlement of north-eastern Slovenia during the Late Bronze Age. It is divided into three parts. The first brings an analysis of the settlements, cemeteries, hoards and stray finds, i.e. all the structures that define the cultural landscape. The analysis shows a relatively dense habitation in the Early Bronze Age, followed first by a lull and then a peak, with the settlement network becoming densest towards the end of the second millennium BC.

This is followed by a discussion on the typochronology of the pottery from the Bronze Age settlements at Ormož, Ptuj and Gornja Radgona.

The last chapter of the first part offers an overview of the Late Bronze Age in north-eastern Slovenia and presents the living conditions, the process of forming centres, the economic basis as well as the contacts with distant places.

The second and third parts of the book present the field investigations and finds from Grajski grič in Ptuj and Grajski hrib in Gornja Radgona. These two important hilltop settlements represented, together with the fortified settlement at Ormož, important Bronze Age centres in the settlement network of north-eastern Slovenia. 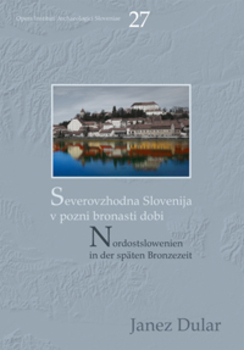