The following pattern is suggested by a survey of the changing position and reputation of Slovenian literary translation alongside native Slovenian literature during their coexistence from their beginnings in the mid-16th century to the end of the 20th century:

Translations proudly begin Slovenian literature. Translations of Biblical and para-Biblical texts and manuals predominated during the Reformation (1550−1595), in accordance with the explicit program of the Slovenian Lutheran clergyman Primož Trubar. Trubar was compelled to live in exile in Germany while diligently working by himself and with his followers to translate the entire Bible into Slovenian, while simultaneously producing textbooks to encourage literacy. Fully aware of the newness of his endeavor, he repeatedly noted on the front pages of his books that they were the first texts printed in Slovenian. At the same time, because Trubar was familiar with the writings of Erasmus of Rotterdam and Martin Luther, he demonstrated his knowledge of the generic difference between translated and non-translated texts, including the distinction between translations of primary source texts and translated texts. As a devoted Christian and an ardent patriot, with an equal obligation to the divine integrity of the Biblical source texts and to the human needs of his underprivileged readers, he advocated a balanced “true and understandable" translation. In later periods, this equidistance has remained observed not only by Bible translators, but also by translators of fiction.

Translations freely mingle with original verse. Translations and attempts at writing original verse coexisted and often clearly intertwined, especially during the Enlightenment and later in the 19th century (1780−1830). Poets and magazine editors such as Feliks Dev, Anton Tomaž Linhart, Matija Kastelec, and France Prešeren indiscriminately published translations among original texts written in either Slovenian or German, usually created by the same persons. In contrast to the outspoken Protestant reformers, the authors of the Enlightenment preferred to be rather secretive about their personal identity and their source texts.

Translations are recognized as a necessary complement to Slovenian literature. At the very beginning of the 20th century, Ivan Prijatelj, a modernist translator of Russian literature and scholar of comparative Slavic literatures, declared literary translations an indispensable part of Slovenian culture that cannot possibly prosper in isolation. At the same time, he recognized them as autonomous, although genetically dependent, creations of various translators of different abilities, and therefore forming a special field of literature. They are welcome under three strict conditions: only outstanding, broadly acknowledged works should be translated into Slovene; among these, only those agreeable to Slovenian readers should be accepted; and only skilled translations should be printed. These principles were generally observed and gradually supplemented throughout the 20th century.

Translations ensure international literary contact and a high level of national creativity. Before World War II, there was a need for increased diversity of translated texts regarding their source literatures, and after the war a need for balance in national provenance, genre, and esthetic orientation. These apparently academic requests reveal a twofold message: (a) resentment of the imposed prevalence of translated Russian and Soviet − and later on also British and American − literature, and (b) an urgent desire to balance translations of contemporary, modern, and modernist texts with those of canonized literature of the past centuries.

Under these conditions, both translated and native literatures flourished in the last decades of the 20th century. Slovenian poets and prose writers paid respect to translations in various ways, notably in the great anthology of world poetry in Slovenian translation Orfejev Spev (Orpheus’ Song), selected by a number of prominent Slovenian poets, and edited by the poet and translator Niko Grafenauer; in the Roman o knjigah (Novel of Books) by the essayist, dramatist, and novelist Marjan Rožanc, testifying to the balanced presence and appreciation of domestic and translated books after World War II; and in the inventive versified homage to Lewis Carroll’s books about Alice and to their translations by Gitica Jakopin, Alica v računalniku (Alice in the Computer), by the poet, writer, and musician Milan Dekleva.

This general survey is supplemented with treatises on a sample of prominent translations of outstanding originals, observed in view of their times, esthetic orientations, and various approaches or strategies. As a rule, the analyses compare several translations by different translators of a single source text. A number of translations of “John the Baptist Beheaded" and “The Parable of the Ten Virgins" from the Gospel of Matthew are scrutinized in view of their observance of rhetorical form and features. Among the literary translations relevant for a comprehensive history of Slovenian literature are Žiga Zois and Prešeren’s translations of the ballad Lenore by Gottfried August Bürger, Prešeren and Janez Menart’s translations of the Byron’s poem Parisina, and Janez Vesel Koseski and Stritar’s translations of Byron’s poem Mazeppa. Puškin’s verse romance Eugene Onegin was translated by Ivan Prijatelj, Rado Bordon, and Mile Klopčič; Shakespeare’s tragedy Hamlet by Dragotin Šauperl, Ivan Cankar, Oton Župančič, and Janko Moder; Kafka’s short story Auf der Galerie (Up in the Gallery) by an unknown translator and by Herbert Grün; and Carroll and Lear’s nonsense verse and/or prose by Griša Koritnik, Bogo Pregelj, Gitica Jakopin, Bogdan Gradišnik, Marjan Strojan, Helena Biffio, and Tone Pretnar. The subject of the last section appears not to fit the pattern, because the Freising Manuscript belongs to para-Biblical, pre-literary texts, and its nearly thousand-year younger Slovenian versions to intra-linguistic, rather than the usual inter-linguistic, translations. Nonetheless, its inclusion is justified by its original artistry and by the skill of recent translators, based on their knowledge of the comprehensive tradition of Slovenian letters. 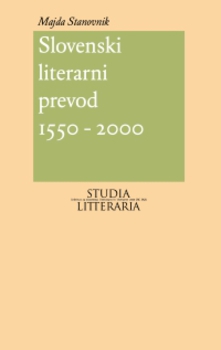